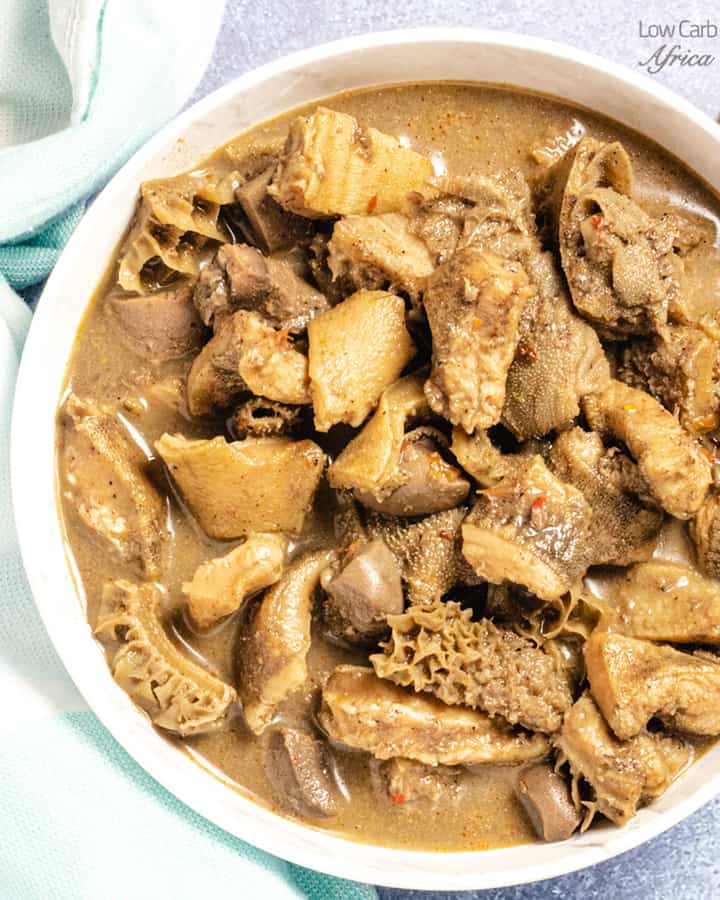 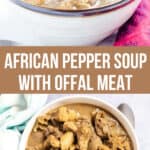 This is one of the most common pepper soups eaten in Nigeria and is sometimes referred to as assorted meat pepper soup. No party is usually complete without it.

Most of the time, you wouldn't even be able to identify all the different meats in the soup. All you know is that it tastes incredible and you don't stop eating until you drink the last drop.

It is also a popular remedy when you're feeling under the weather or have a bad cold. One bowl of this pepper soup often works wonders to make you feel instantly better!

What is Offal Meat?

Offal meat, also known as organ meat, variety meat, or assorted meat (or in Nigeria, as orishirishi meat), refers to the organ and other parts of an animal that are deemed undesirable and discarded.

The word Offal literally is a combination of two words, off and fall, which generally refers to the part of the animal that has fallen off the butcher's chopping block.

Some examples of offal meat are intestine, tripe (beef stomach lining), kidney, liver, heart, brain, sweetbreads(meat from the thymus gland and pancreas), tongue, and chicken gizzard, chicken hearts, among others.

Offal meat might not be very desirable in the U.S, but in many parts of the world, this is part of a healthy and nutritious diet. In fact, offal meat contains more nutrition than the more popular muscle meat.

In most parts of Africa, a common practice is nose-to-tail eating, which means, we let nothing waste and eat every part of the animal, organs, and all.

Another plus for offal meat is that they usually are very cheap to buy, so your pocket will thank you too!

Offal meats boast several significant benefits and have been referred to as "superfoods."

They are a nutritional powerhouse and contain large amounts of essential vitamins and minerals like vitamin A, vitamin B, riboflavin, selenium, and copper, among others.

Some other benefits of offal meat include: 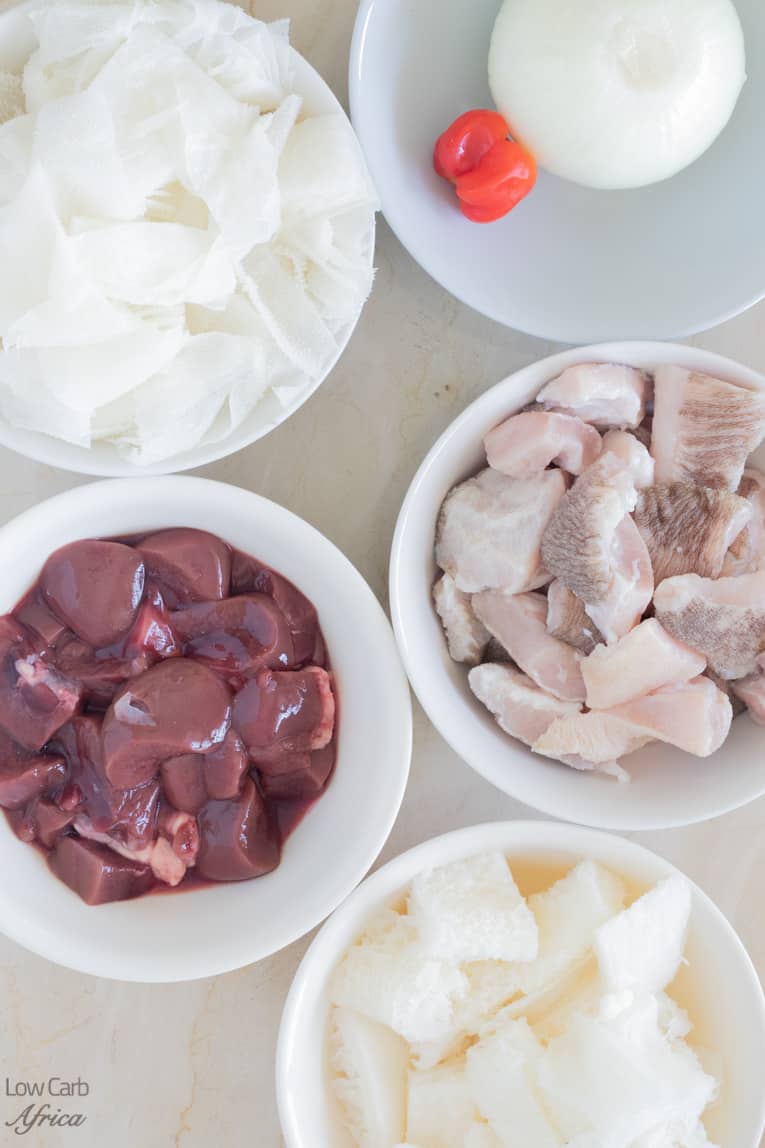 I use a few different types of offal meat, but you can mix and match according to your preference.

How to clean beef tripe

Most butchers here in the U.S will clean the tripe for you, and Asian or Mexican grocery stores sell them already cleaned and packaged.

If your tripe is not cleaned, it can look pretty intimidating, but it is not that complicated. It does involve a bit of elbow grease, though, so roll up those sleeves!

The first thing you do is place the tripe in a pot of water and let it boil for about 15 minutes. When done, drain the water and let the tripe cool down. Then place it on a cutting board.

Using a sharp knife, scrape the surface of the tripe in one direction to move the dirt and impurities away and on to the board.

When you think you're done, rinse it and look again. There might be some bits you left behind. Keep scraping till it looks clean.

When you're all done, rinse it thoroughly, and you're good to go! This method works for all types of tripe, although the beef mountain tripe is the toughest of all and will take some time to get as clean as you want it to be.

How to make Nigerian pepper soup

This recipe serves 6 and contains 0 net carbs per serving. It keeps well in the fridge for about 5 days and also freezes well.

Check out these other African soups and stews! 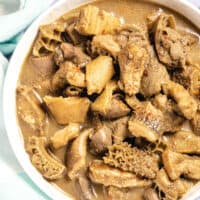 This recipe serves 6 and contains 0 net carbs per serving.