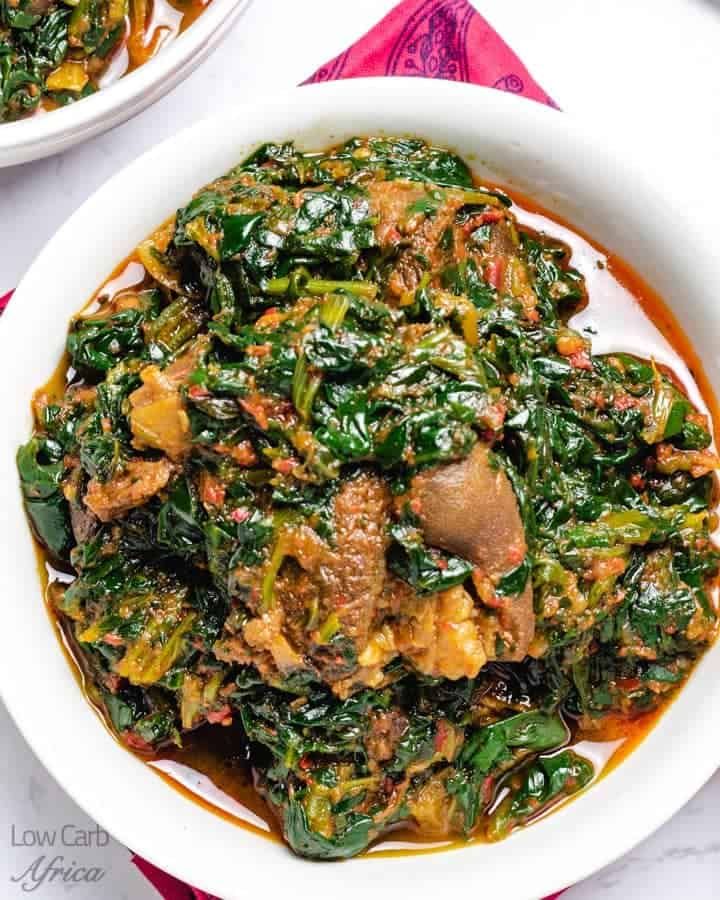 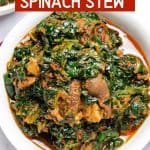 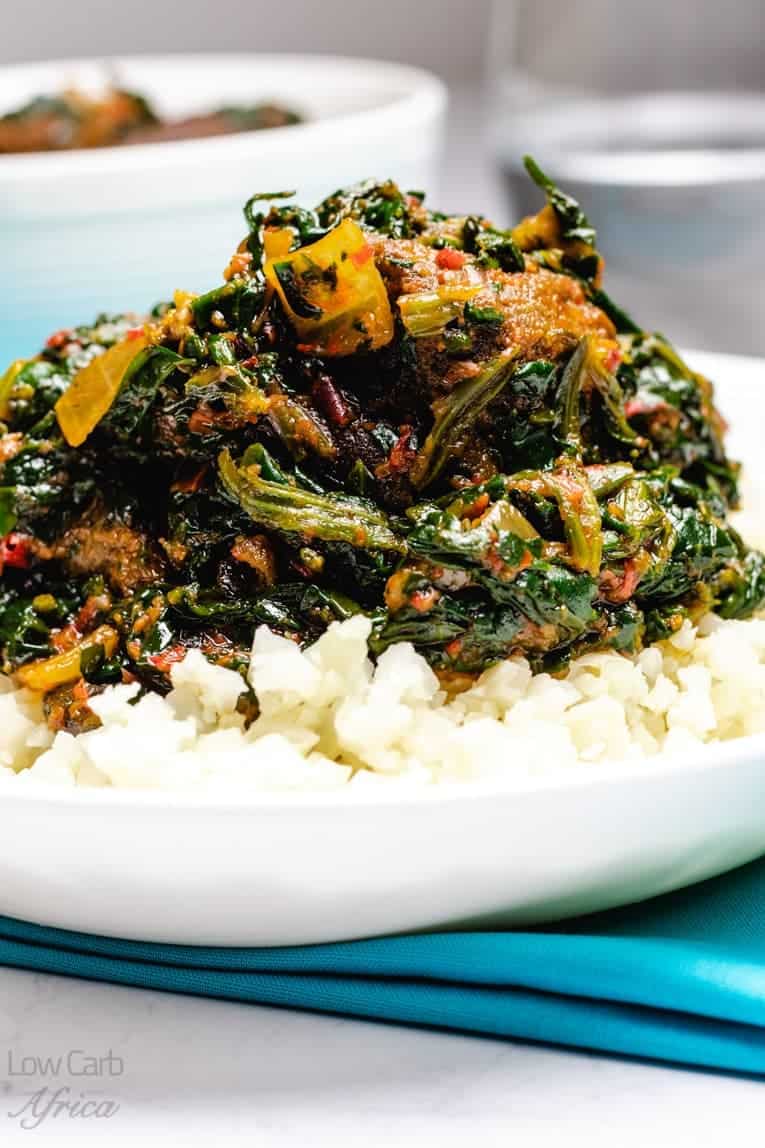 Spinach: I use roughly 8 cups of chopped spinach. You can use fresh or frozen spinach.

Meat: You can use beef, lamb, goat meat, chicken, smoked catfish, tripe (shaki) or any meat of your choice, or even mix and match!  For a vegan option, you can leave out the meat or use mushrooms.

I made mine with goat meat and mushrooms, and even though efo riro does not traditionally use mushrooms, I wanted to show just how versatile this stew is.

Palm oil: The traditional recipe calls for palm oil but I have made this spinach stew with olive oil and it still turned out delicious!

Vegetables: Plum (roma) tomatoes, red bell peppers, habanero peppers, and onions. Plum tomatoes are best for Nigerians stews because they are denser and have less juice.

Broth: Just a bit for flavor and to reduce the chance of the stew burning when using fresh spinach.

Spices: I used bouillon, black pepper, cayenne pepper, ground crayfish, and salt. Ground crayfish is a Nigerian condiment similar to fish sauce, which you can get from an African store or from Amazon.

You can omit this if you don't have any. I also use crushed red pepper flakes as an optional garnish. 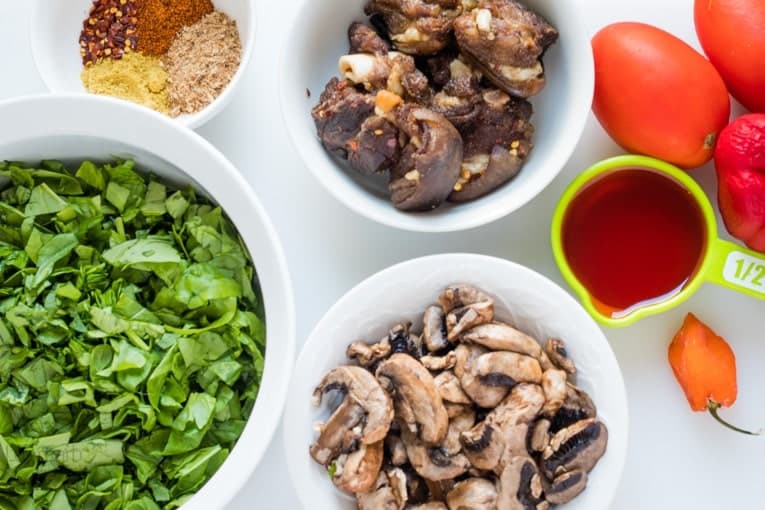 Start by cooking whatever meat you decide to use. I prepared my goat meat by rinsing it over running water and boiling it with about a teaspoon of salt, bouillon and black pepper. Let it boil until it is tender. 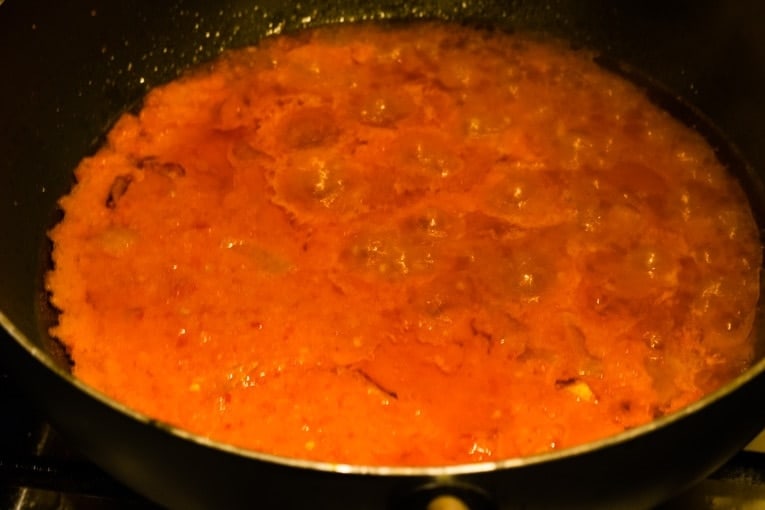 Heat 1/2 cup of palm oil in a pot on medium heat, add in your onions and stir for about 2 minutes. Add in your blended tomato and pepper mix and add in your spices after about a minute. You can use only 1 tsp of cayenne pepper if you want it less spicy.

If using fresh spinach, add 1/4 cup of broth/stock. You can use water if you don't have any but will need to adjust the spices. 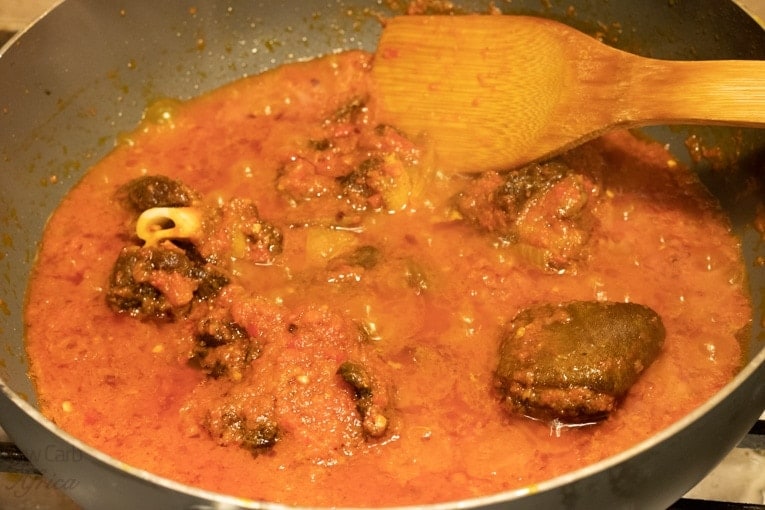 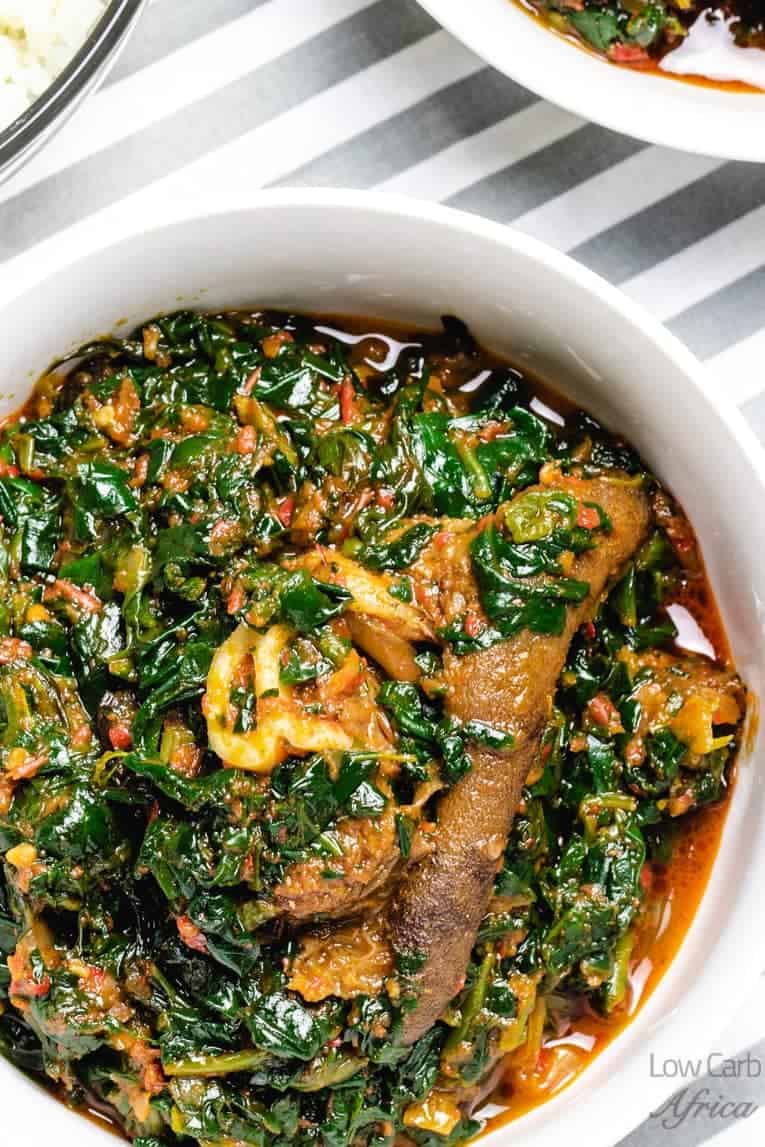 Only add the stock/water if using fresh spinach.

You can leave the spinach in for about 5 mins more on low heat if you want it softer and less chewy.

If you want the spinach stew to be less spicy, use only 1 tsp of cayenne pepper (or 1/2). 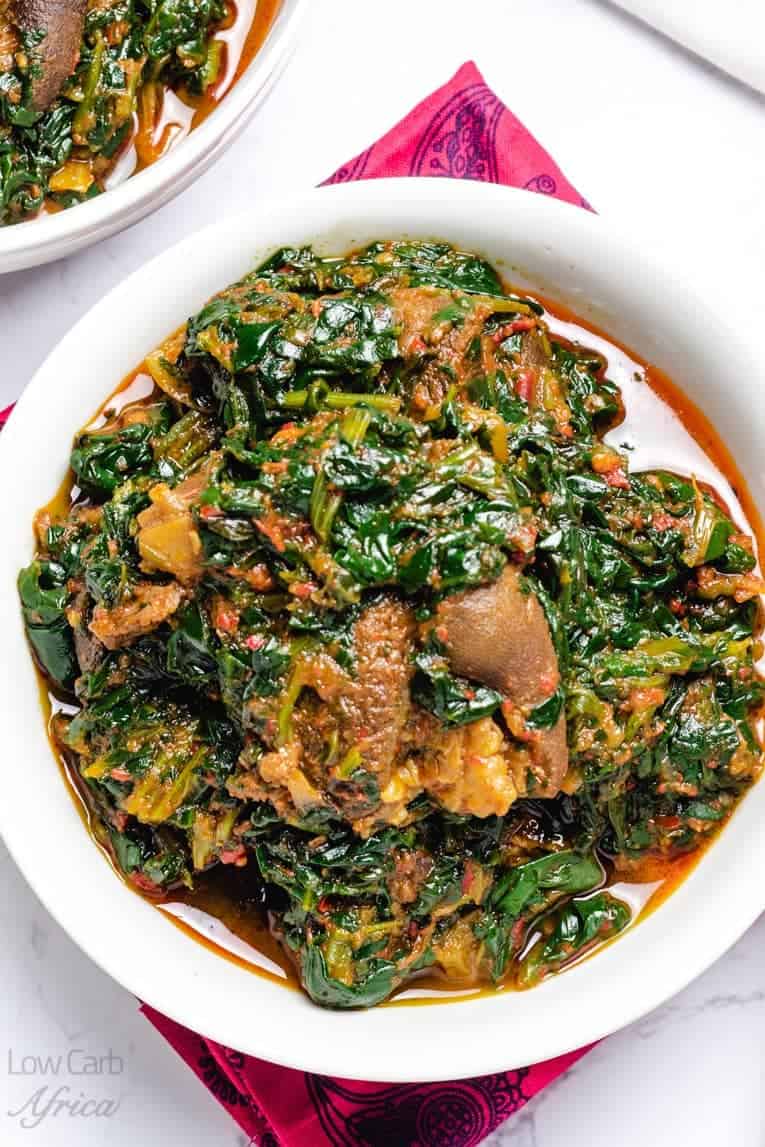 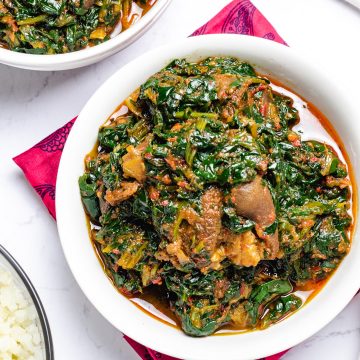