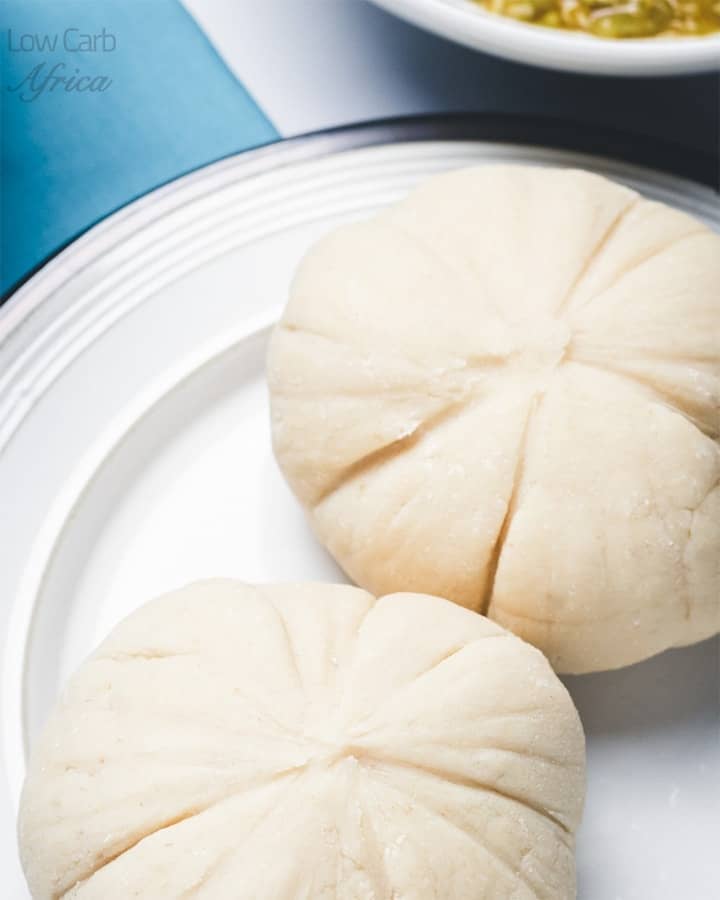 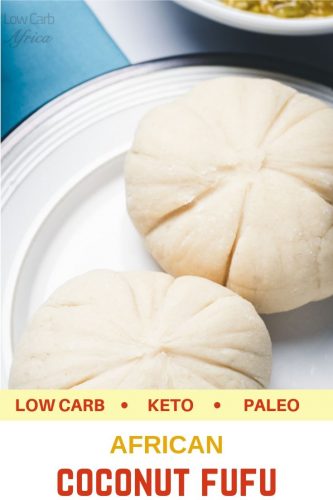 Coconut Fufu is a low carb and nutritious African dish made from coconut flour. At only 12 net carbs, it is a delicious and healthy way to enjoy fufu with your favorite African soups!

Coconut flour is extremely versatile and should be a staple in your low carb pantry. It is inexpensive, gluten-free, high in fiber and low in carbs.

Coconut flour can be a bit tricky to use and it cannot be used as a direct flour substitute due to its very absorbent nature. In other words, it is quite thirsty and drinks up a lot of water real fast!

When I first made this recipe, it was a bit challenging to get the ratio of coconut flour to water right. Too little water and it ends up dense and too thick. Too much water, it ends up too soft!

The trick is to start with one and a half cups of water to one cup of coconut flour and add more water if needed. Too much water too fast will leave you with a mushy mess.

Coconut flour should also be sifted as this helps break up lumps in the flour, which makes it lighter and easier to mix evenly with the psyllium husk. I have made coconut fufu with the flour sifted and also made it not sifted, and 100% of the time, the sifted flour works better.

Without sifting, the coconut fufu is quite dense and gets hard pretty quickly. But when sifted, the texture is a bit softer and easier to handle and is similar to regular fufu dishes.

For sifting, I like to use a fine mesh strainer or a flour sifter. If you do not have a strainer or sifter, mix the coconut flour with a wire whisk.

It will not get the flour as light as when sifted, but it will at least make it a bit fluffy and break up any clumps.

You will also need psyllium husk for this recipe as coconut flour needs a binder to stick together.

I found this out the hard way. You have to mix the coconut flour and psyllium husk together before adding to the boiling water.

How to prepare Coconut Fufu

To start, set some water on the stove and bring to a boil. Sift one cup of coconut flour in a bowl, and mix with one and a half tablespoons of psyllium husk.

When the water boils, add the coconut flour and psyllium husk mixture to the water and stir.

Add some more water if needed but only small quantities at a time. Stir till it reaches a dough-like consistency.

Serve and enjoy with your favorite African soups such as:

How to reheat Coconut Fufu

This makes two servings for me so I store the extra one in the fridge for another day, wrapped in a cling wrap. To reheat, bring water to a boil and put the wrapped fufu in the pot of boiling water and turn the heat to medium.

Don’t take out the wrap, as the fufu will just keep absorbing water. After about 5 minutes, take it out of the boiling water and let cool a bit. Take out the cling wrap and serve.

I love coconut fufu as it is so easy and quick to prepare. There are days when I don’t feel like cooking, but since there is always soup in the house, I can whip this up in only 10 minutes.

At only 12 net carbs, it is a healthy and delicious alternative to our native African fufu dishes! 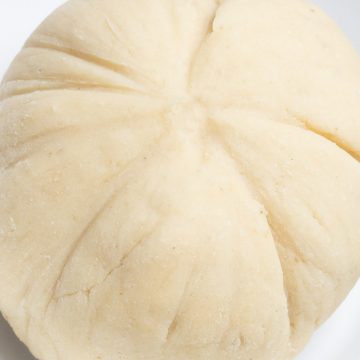 This site uses Akismet to reduce spam. Learn how your comment data is processed.

Welcome to Low Carb Africa, the home of Keto & Low Carb African-inspired recipes. I specialize in creating mouthwatering recipes with rich, bold and spicy flavors. Get ready to lose weight, look amazing and be in your best health ever! Read more about me... 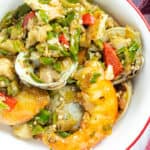 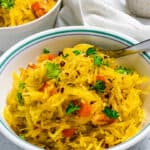 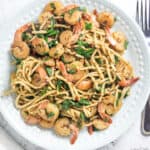 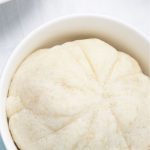 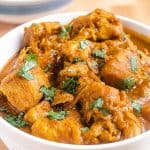 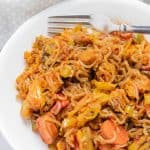 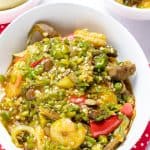 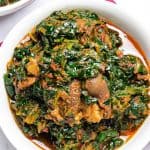 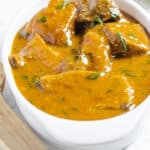 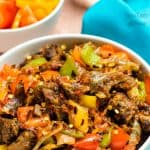 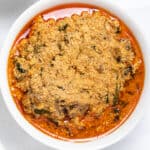